A Program to Inspire Young Women

World Federation has had an emphasis on the welfare of the ‘Girl Child’ for many years, and it has become one of World Federation’s major justice issues.

This commitment to the welfare of girl children and young women has found new expression with the introduction of the Helen Kim Memorial Scholarship which offers Leadership Development Training for Young Women.

This Program is named in honour of Helen Kim, a young Korean woman who had a noble, Christ-inspired vision of a world sisterhood. She dreamt of a time when women would work together ‘to promote peace and better conditions in the whole world’. It is also to inspire young women with visions of a world where there is hope for the hopeless; security for the insecure; sufficient for the impoverished; freedom for the oppressed; and a voice for the voiceless.

Criteria for participation in this Scholarship

This will be preceded by a Leadership Development Training Program where they will:

Helen Kim Memorial Scholars will be: 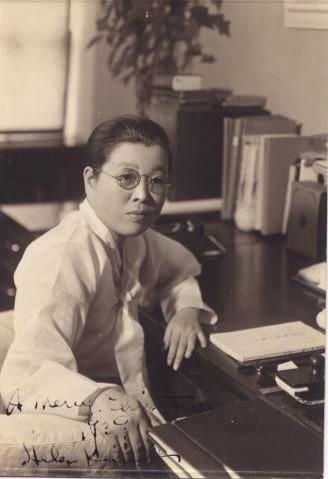 A Capital Fund will provide income on an ongoing basis to enable the Helen Kim Memorial Scholarship, Leadership Development Training for Young Women to be developed in every quinquennium.

It is expected that the costs each time for holding the Helen Kim Memorial Scholarship Leadership Development Training Program for Young Women will be similar, unless it is held in one of the more expensive travel regions of the world, such as the South Pacific Area.

1 file(s) 1.20 MB 769 download(s)
This booklet about the Helen Kim Memorial Scholars for 2016-2021 was compiled by Wanda Hogan, HKMS from the Ireland Unit, in order to introduce the 'class' of 2016. Since then, some have experienced many...
Download