Christmas Message from the World President

Christmas message from the World President

‘The message of the angels’ 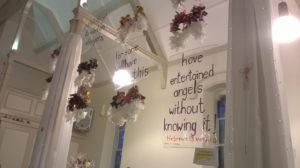 I went to an Angel Festival in a local Methodist Church last weekend. The sanctuary had been transformed into a central café surrounded by creative representations of Angels of all shapes and sizes, each one telling a different message. Some displays had been created by a group representing a charity (like Cancer Research), others featuring a local primary school or a church organisation (like Methodist Women in Britain, Wesley Guild or Girls Brigade) or a partnership with another church (in Russia). One angel invited us to pause and pray. Some angels were suspended from the rafters, proclaiming the message from Hebrews 13:2 that we should ‘practise hospitality, for some who have done this have entertained angels without knowing it.’ And that is what this church was doing, by inviting individuals and groups from the community not necessarily part of the Methodist Church, to join in the angelic celebration. 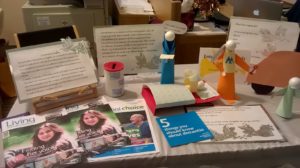 It struck me as I looked around and marvelled at the creativity on display, that the angels in that place were not all made of paper, card, tinsel or cloth. They were the people; the members of that church community who knew they had a message to proclaim and were imaginative and energetic in doing so.

At the first Christmas, angels played a significant part in the story. Each one had an astonishing but important message to proclaim. Angel Gabriel told Mary she would give birth to the Son of God. He told her not to be afraid, and she responded with an obedient ‘Yes’. Another angel appeared to Joseph encouraging him to ‘have no fear’ about Mary’s pregnancy. His faithfulness to Mary showed courage and commitment. A host of angels announced to the shepherds on the hillside that the Christ the King was born in Bethlehem and they would find him lying in a manger. They left their sheep and went in search of the baby. Another angel urged Joseph to take Mary and the child to safe refuge in Egypt; again Joseph did what was asked of him. The angels who proclaimed ‘peace on earth, goodwill to all people’ were proclaiming the message that our world still longs to hear. In every continent there are conflicts that threaten and destroy; in families, local communities and cities, ordinary people long for peace.

What is the message that you are called to proclaim this Christmas Season?

Share the good news this Christmas, wherever you are. And may you experience afresh the peace, and the hope and the joy of knowing God in Christ is with you. 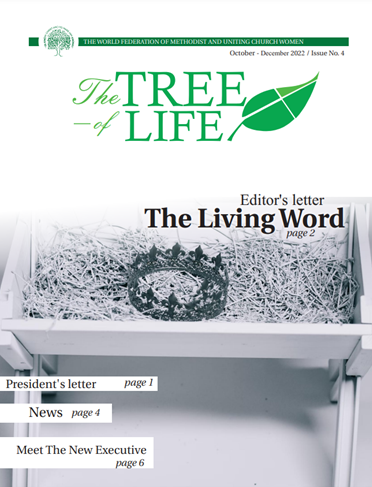