The Weaving Together Programme that preceded the South Pacific Area Seminar was facilitated by three World Officers, and attended by Joy Jino, Area President, Ilaisaane Kapani, Area Vice-President, Tepuola Waqainabete, one of the Helen Kim Memorial Scholars, and Unit representatives from Australia, Fiji, New Zealand, Papua New Guinea, Samoa and the Solomon Islands. Participants were able to discover more about the World Federation, share reports on their Unit activities and identify priorities for future action. Unfortunately, the Tonga Unit was not represented as the event clashed with their Methodist Conference. In an Area business meeting, the next Area Officers were elected ready for ratification and commissioning at the 14th World Assembly in Sweden in August 2021.

The Seminar was held in the Shangri-La Holiday resort where there was plenty of room for the 500 plus delegates. The theme was ‘Chosen people: called to proclaim …. with hearts on fire’ and our hearts were indeed warmed as we enjoyed worship and presentations led by each Unit over the three days. Two thought-provoking Bible studies were led by Rev Dr Seforosa Carroll. The first focussed on the resurrection story of Mary Magdalene, showing how (through moving through despair to conversion and on to being commissioned), she became the first to meet the risen Lord Jesus and the first to proclaim the good news. The second Bible study, entitled ‘God’s chosen outsiders’, explored how the Syro-Phoenician woman transformed the perception of Jesus so that he realised his mission of salvation was indeed inclusive – to the whole of creation – and not only to the Jews. Sef asked ‘Are we prepared to listen to the voices of those who are different from ourselves?’ She urged us to avoid exclusivity, and to ‘share the gift of life’ and ‘be sowers of the seeds of hope’.

Other able speakers guided us through varied topics. We learned that the International Labour Organisation (ILO) functions through a tripartite representation from Governments, Employers and Workers to maintain international labour standards, social dialogue, establish gender equality and non-discrimination in the workplace, and a just transition to environmental stability.   Rev Jeremiah Waquinabete, General Secretary of Methodist Church in Fiji, spoke on Climate Change under the title ‘The voice of God in Climate Change and Global Warming’. He urged us to work on our relationships with others treating all as equal and to be accountable to God, seeking to bring heaven into the world through responsible stewardship and care for the whole of creation.

A highlight for many was to hear Mrs Lorini Tevi speak about her life.  She identified 6 pillars that had guided her through her life journey as a woman of faith. She inspired each of us to think how we are Christ’s ambassadors wherever we are. She challenged us to see how many of us are biblically literate but theologically weak and that we are called to be a redemptive community of faith and social justice, willing to speak out against injustice and be in partnership with God and ecumenical partners in the ongoing process of creation.

Workshops were varied too, including plenty of opportunities for song, dance and drama as well as informative topics such as stewardship, YWAM and trauma healing. It was especially encouraging to see how the Area Vice President, Ilaisaane, is building on her experience as a previous Helen Kim Memorial Scholar; how Teps, the current HKMS from Fiji contributed so much to the smooth-running of the Seminar, and how patiently and efficiently Sina Pupulu took on her role as official photographer. A special thank you to all these three younger women as well as Deaconess Sala for her organisational skills!

What stood out for me was the hospitality and generosity of the South Pacific people; the creativity and enthusiasm of both younger and older women; the unity in diversity of the islanders; their faith in the face of various challenges; their commitment to addressing gender discrimination. We need to pray for Samoa, where women lay preachers are being prevented from leading worship, for Fiji as they approach national elections in November, for the Solomon Islands, powerless against rising sea levels, for Papua New Guinea, still reeling from recent earthquakes, for the church in Australia and New Zealand, experiencing falling numbers of worshippers, for the women of Tonga who sadly missed out on sharing in this Seminar. Thank you, South Pacific Area for setting our hearts on fire in Fiji. 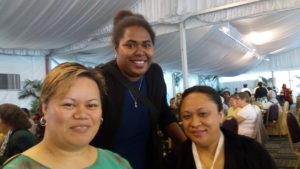 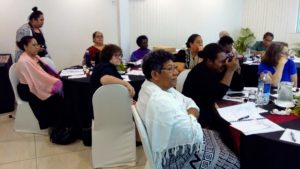 Listening intently at the WTP 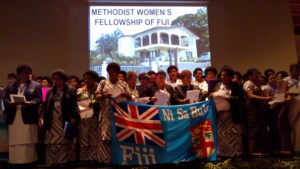 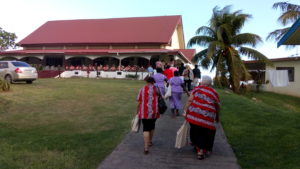 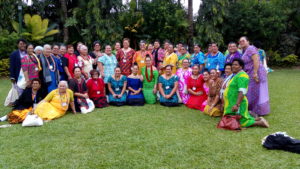 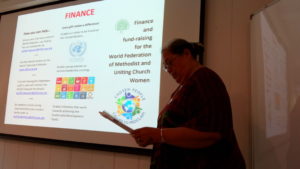 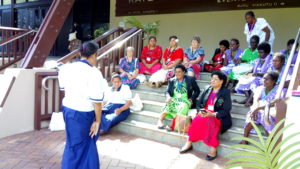 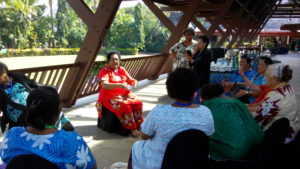 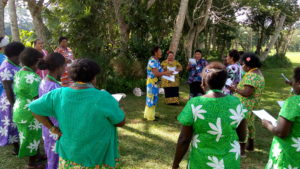 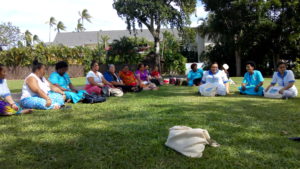 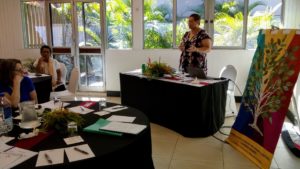 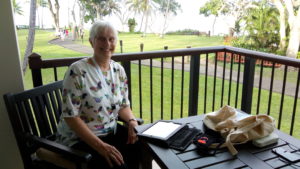 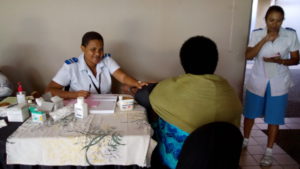 Opportunity for a health check 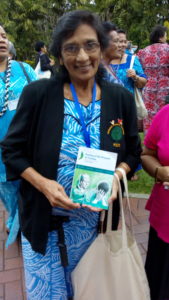 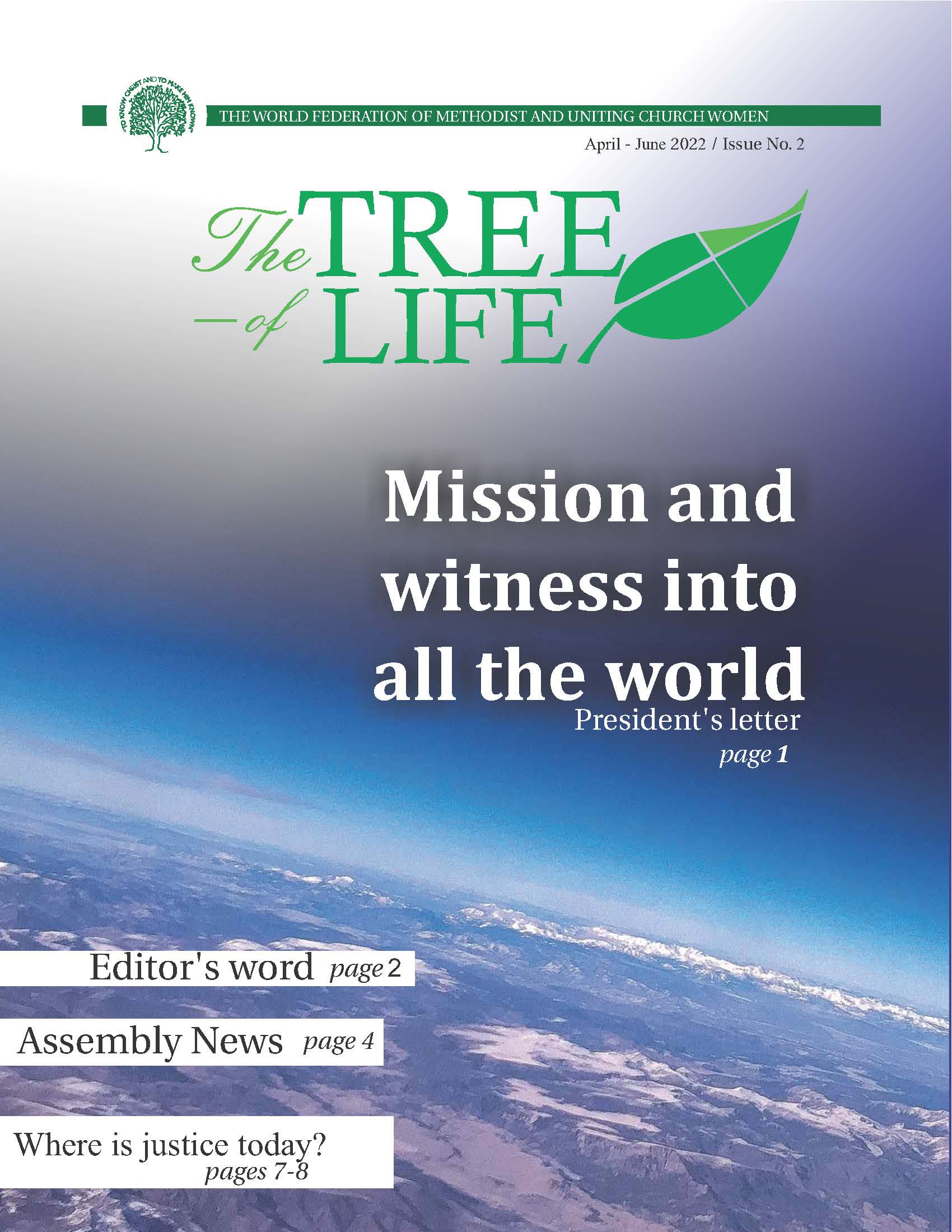