Update from the World President – August 2019

During the last few months I have had the great joy of meeting with Methodist sisters and brothers in a variety of settings in the UK. Let me tell you about some of these encounters. 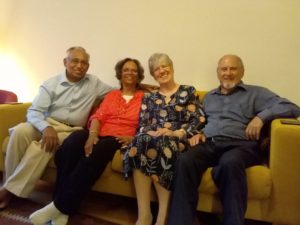 In June, I travelled with Les to London to visit with Dorothy Kumar (former Tree of Life Editor) and her husband, Bishop Sampath, and some of their family. What a special treat that was to share a meal in their home and catch up on news. Dorothy is still so encouraging and interested in the World Federation and hopes to see many of you in Gothenburg at the 14th World Assembly in August 2021.

At the end of June, I attended the opening sessions of Methodist Conference in Birmingham, including a fringe event organised by Methodist Women in Britain when Hilary Evans was commissioned as our British Unit President. From there, I travelled north to lead a three day women’s event at a beautiful retreat centre named ‘Minster Acres’. Our theme was ‘God pops up saying “Boo!”’ and we shared stories of how God has surprised us along our journey of life.  As you can imagine, some of my story telling was about the World Federation so you may well have had a mention. 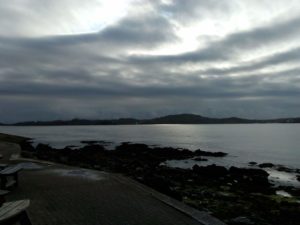 The following two weeks were spent visiting with various friends in the North East of England and in Scotland and included two nights on the island of Iona, a place I had longed to visit for some time. I was not disappointed (although it rained most of the time!) in this small parcel of land that is steeped in prayer and worship. It is often described as a ‘thin place’ in which God can be sensed to come close, closer than a breath away.

We also visited some people well known to the World Federation family: Janice Clark (former World Secretary) and her husband Peter. Their home displays evidence of many years spent as mission partners in Papua New Guinea, Portugal, Mozambique, and Sierra Leone. Janice was chaplain to the 2016 Helen Kim Memorial Scholarship program and still keeps in touch with our current scholars. Our hosts took us to meet Rosemary Wass on her beautiful and very productive organic farm on the edge of the North York Moors. What a treat to be shown around and enjoy a meal with Rosemary, a former World President 2001-2006! 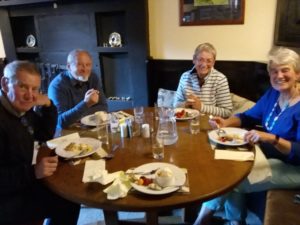 Soon after our return home, we took the opportunity to worship with some of the Zimbabwe Methodist Fellowship as they gathered in Eastleigh, not far from us, to welcome Bishop Solomon and Mrs Zwana and chaplain Rev Cleopas and Mrs Susan Sibanda. Once again we experienced the warm hospitality of our Zimbabwe sisters and brothers. 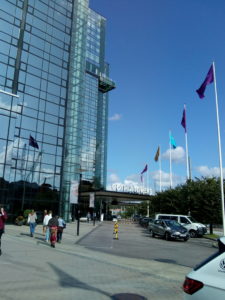 More recently, I had the joy of a few days in Gothenburg with other World Officers, Europe: Continental Area Officers and local women from the Uniting Church of Sweden, and from the Methodist Church in Norway. We made great progress on the planning of the next World Assembly, (10th-15th August 2021). Soon afterwards, I again found myself in London, this time meeting with United Methodist Women General Secretary Harriett Olson and members of the Methodist Women in Britain Executive. This was a valuable time of sharing information about these two Units (UMW and MWiB) as well as celebrating their immense contribution to life of the World Federation.

These encounters of the last few months have reminded me of the importance of relationships with those who encourage and inspire us in our commitment to Christ. How precious is the gift of friendship! I thank God for each one.

Why, my soul, are you downcast? Why so disturbed within me? Put your hope in God, for I will yet praise him, my Savior and my God. — Psalm 43:5 (NIV)